I recently held a short class for beginning photographers in my area. The primary purpose of the event was to teach basic editing skills. As it turned out, we spent a good bit of time talking about rules of composition. The participants in the class were able to quickly apply some of these rules to their own photographs, and make some nice edits as a result.

On my agenda to discuss were the following compositional topics:

We spent most of our time on the first three. Here, I’m going to illustrate examples of leading lines. 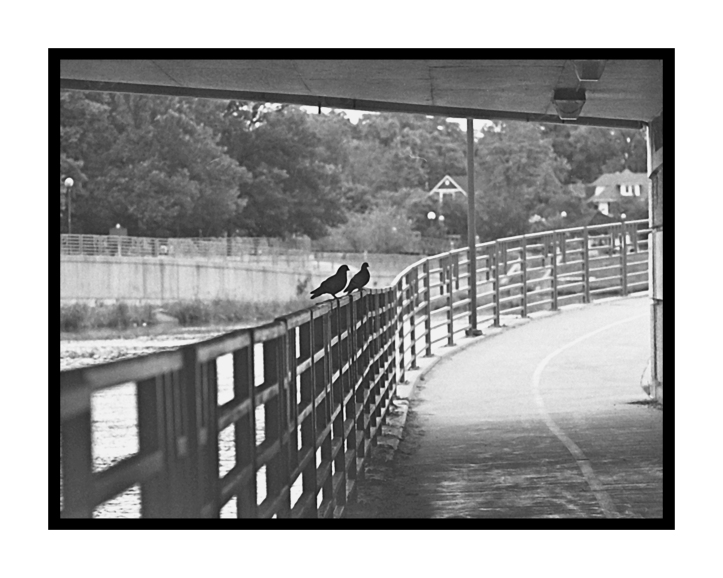 A leading line need not always be a straight line. In the example above, the rail along the walking path forms a curving leading line. While the pigeons are the intended subject, the rail plays a nice supporting role.

This next image has always been a favorite of mine for illustrating the principle of leading lines. Take a look: 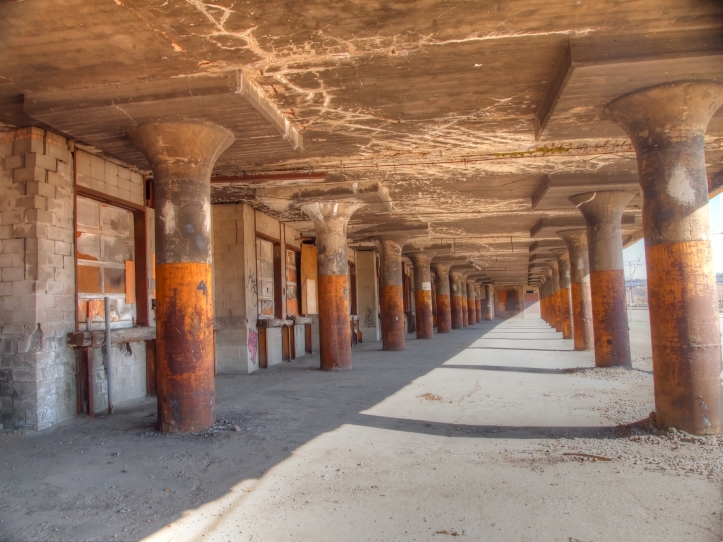 The pillars, the shadow, the roofline, all provide leading lines. Now the image above suffers from some other faults, which can be dealt with using a little bit of editing. Here’s the result:

You’ll see that I rotated the image to make the horizon line horizontal, and I cropped to put the shadow’s leading line starting at the lower left corner. Also, the bases of the pillars on the right also sit on a line that originates from the lower right corner. Finally, if you look where those two diagonals cross, the crossing point sits roughly on the line representing the right-hand third, thus satisfying the rule of thirds. I could consider cropping the top of off this so that the crossing point sits above the centerline of the image. For now, I will leave it as it is.

I’ll take a look at the rule of thirds in a future blog entry. For now, take a look at your own images, look for leading lines, and consider small edits that strengthen the placement and prominence of those lines.