One of my favorite colors in nature is the yellow of the goldfinch. When we visit Janet’s relatives in Brainerd, we have the chance to see a lot of them at her aunt’s house. She has a couple of feeders that the goldfinches love.

One summer day, I was stationed on the front porch, and the finches started coming around. First one, then two, then a bunch! So now it was a game. I wanted to catch a picture for each number between one and however many I could get at once. Here are the results: 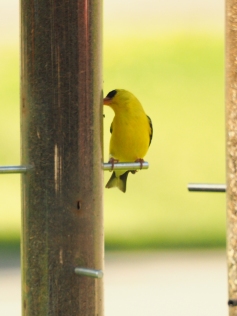 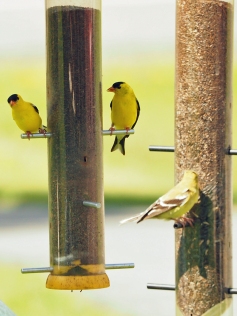 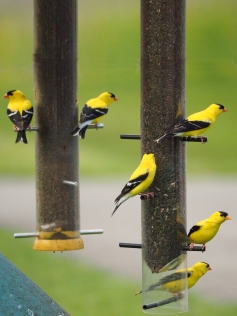 So, as you can see, I got up to seven! I still think it’s pretty amazing that seven male goldfinches congregated at once. You’ll notice a few females in the other photos. I guess goldfinches are more social than territorial.

Look for the goldfinches to appear in the Light Chaser exhibit in April, 2018, at Gallery 24.