We had a great weekend of music, and especially enjoyed getting to know some of the Rochester Symphony staff, its conductor, and guest artist. Here’s how things went.

On Thursday, we dropped by Forager Brewery to participate in a Facebook event called Brew Maestro Live. The Brew Maestro is Rochester Symphony and Chorale conductor Maestro Jere Lantz. He records short video promos for upcoming concerts that are then posted on Facebook. He’s usually seated at one of the local hangouts when he makes the recordings, hence, the Brew maestro moniker. Thursday, you could meet him in person, and chat and have a beer. Jan and I decided to go.

Seated with Maestro Lantz were some members of the RSOC staff, and this month’s guest artist, pianist Andrew Staupe. Andrew is a Minnesota native now living in Utah. We were welcomed to the table and immediately struck up conversation with all the folks at the table. It was a casual and fun evening, filled with laughs and good stories. 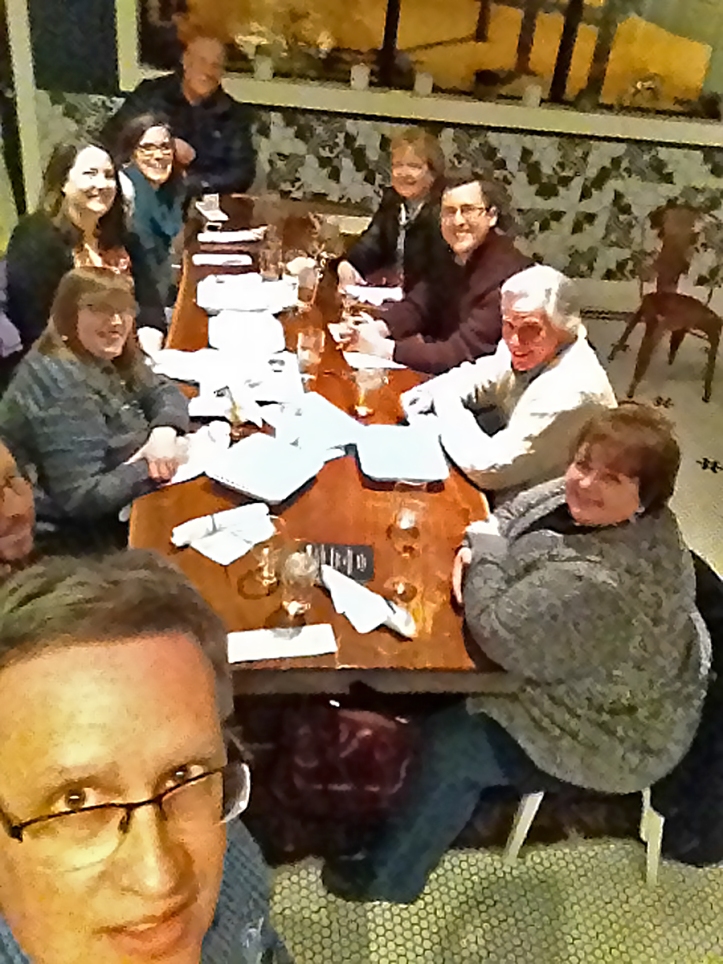 Jan and I bought our tickets for the Saturday evening performance held at Lourdes High School, and looked forward to the performance. Andrew Staupe opened the program with the first of two pieces he would play by Franz Liszt, the Piano Concerto No. 1. I am not well familiar with the works of Liszt, so this was my first exposure to this work. Staupe gave a passionate and athletic performance which I found engaging to watch as well as listen to. The audience was highly appreciative of Andrew’s performance.

After Maestro Lantz offered a welcome and a few remarks, he launched right into the next work, Death and Transfiguration (Tod und Verklärung) by Richard Strauss. I learned a little bit about this work from the Brew Maestro video, and from reading the program notes. I was totally captivated by this work. The orchestra certainly put every ounce of energy they had into the piece. For me, it was the highlight of the night.

After intermission, Andrew Staupe returned for another Liszt composition: Totentanz (Dance of the Dead). Staupe earned numerous bravos, and he and Maestro Lantz embraced at the conclusion, each appreciative of the effort the other gave.

Maestro Lantz invited the audience to consider becoming sustaining supporters of RSOC, something Janet are strongly considering. Then came the final work of the evening, the Leonore Overture of Beethoven. This was less intense than the three previous works, and I suspect the orchestra was glad to have this piece as the finale, considering how much emotion they invested already.

On our way out we saw the folks we enjoyed drinks with on Thursday, and even got a quick hello with the Maestro. I’m delighted to be listening to live classical music again, and I hope my fellow Rochester residents appreciate the musical treasure we have here. Hope to see some of the readers of this blog at future Beer Maestro Live event!